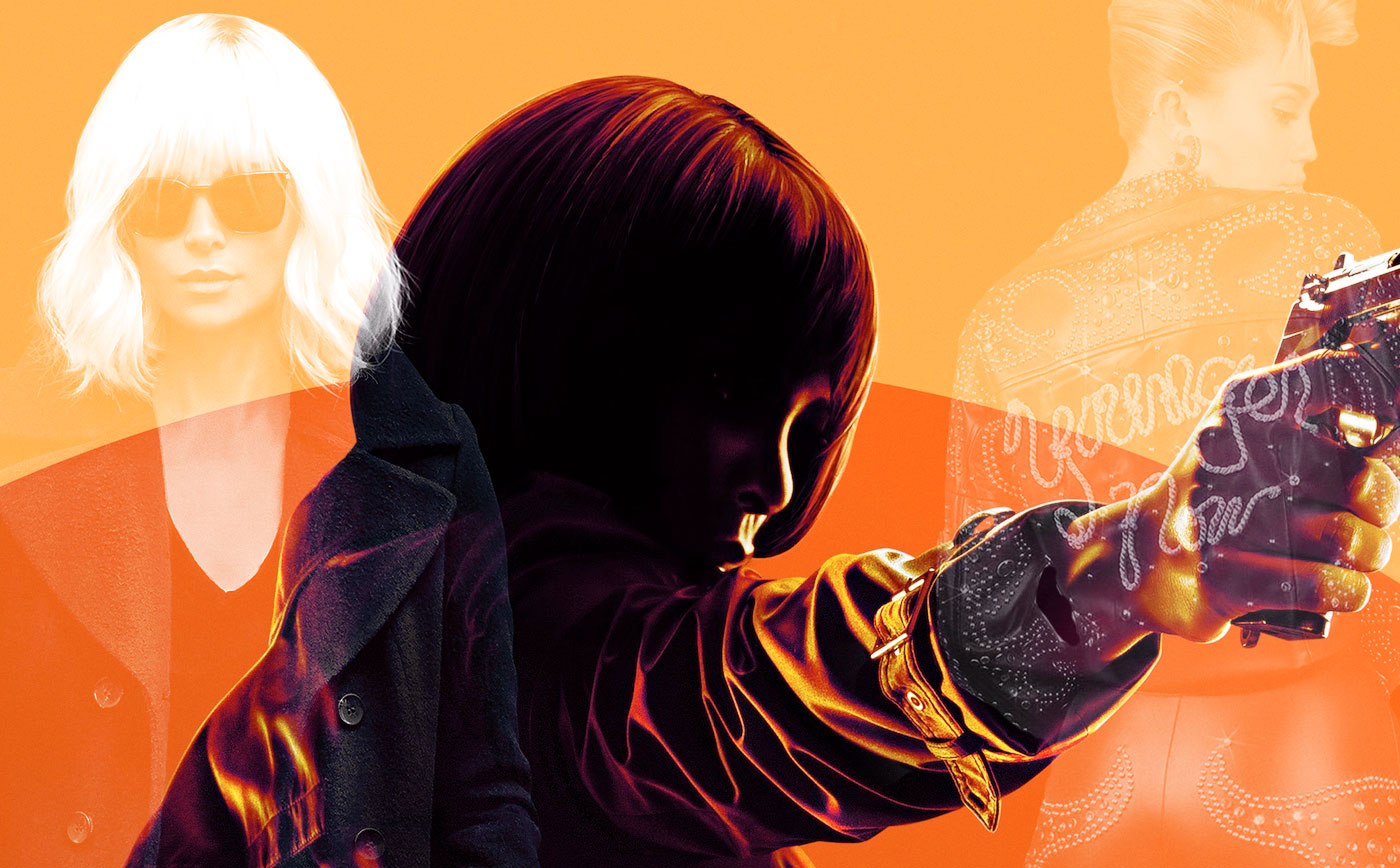 One of the things I hear asked a lot as a designer is "what's the next big thing?" Clients, account teams, and fellow designers all want to be a part of the next big trend or, when possible, want to influence the next big trend. It makes sense of course. No one in an the marketing/ad agency industry wants to be considered stale or behind the times. But sometimes in order to go forward we have to go back. Nostalgia marketing taps into that.

So here's the thing: I am guilty of being sucked in by good nostalgia marketing this year. And it has been female celebrities that have been the biggest culprits. Let's take a look at some of the best nostalgia design/marketing so far in 2017.

From the first time I saw the theatrical poster, I was immediately pulled in. The neon colors, the graffiti background and the styling of the typeface resonated with me. My interest was piqued before I even knew what the film was about. This in turn made me checkout the online trailer. The music selected immediately brought me back to my love for 80s action films. I must have watched the trailer 4 times in a row, each time getting more and more hyped for the film, but also enjoying the emotional high that it created. And then at the end of the trailer: then animation of the film title. The graffiti paint. The neon lights. I was hooked.

Miley Cyrus has said recently that she is trying to tone done her previous pop image in order to try and appeal to more conservative music listeners. Take one look at her new album cover, and it's clear she's trying to tap into the nostalgia of the 50s. This may not be a bad move as many Repuplicans fondly remember the 50s as a time when the economy (and babies) were booming, men still wore suits to work, the U.S. wasn't at war, and family values were strong. I mean if you were a heterosexual, white male, it was a good time to be alive (said with much sarcasm).

However, Ms. Cyrus isn't necessarily tapping into the wholesome, poodle skirt, soda shop vibe of the 50s. The leather jacket and pants combined with the shot of her from behind, and her greaser hair styling harken more to the sexy vibe reminiscent of films like Grease and Rebel Without a Cause. Still the sex is toned down when compared with her previous work.

This next entry decides to not even try and be subtle in its use of nostalgia marketing. The film: Proud Mary starring Taraji P. Henson. Bam, right off the bat they hit you with that title. The film takes it's name from the iconic Tina Turner cover of the 70's. A fact made more obvious once you watch the movie's trailer.

Then there's the movie poster. The silhouette of the femme fatale, surrounded by hues of orange and gold, while piercing through the delicate font curls from the film title. You can't help but look at it and think of the iconic Pam Grier in Foxy Brown.

So of course I'm thinking, "Ok this is going to be a kickass superheroine adventure set against the backdrop of the 70s." Well not entirely. After reading more about the film's synopsis, turns out this film takes place in modern day.

That's right. This sleek and sexy nostalgia marketing lured me in with it's 70s inspired promise, and didn't even have the decency to buy me popcorn first. But hey if Taraji P. Henson is the lead, how can I refuse?