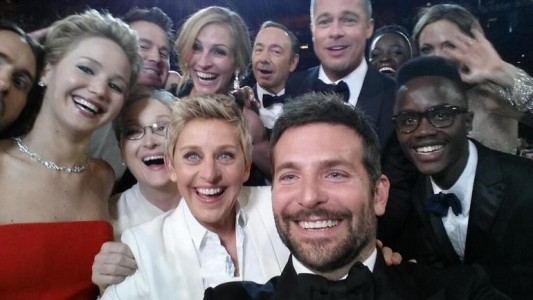 If you were one of the 43 million people watching the Oscar's this Sunday, you no doubt witnessed the celebrity selfie tweeted round the world. During the 86th Academy Awards, host Ellen DeGeneres snapped a group photo of several celebrities, and then posted the photo to Twitter. She then challenged the audience and viewers to see if they could get the most retweets ever on Twitter. And what do you know, her efforts paid off. Twitter received so much traffic that it's service was temporarily suspended. The tweet itself surpassed the current retweet title holder, which was President Obama’s 2012 election victory tweet.

While some might consider this just a publicity stunt for Samsung or mere Twitter fun among fans, I view this as a smart, unconventional direct marketing campaign from host DeGeneres. After all, direct marketing is about delivering relevant content to a targeted audience with a call-to-action that drives measurable response. And here's how Ellen did just that.

1.) Create the offer.
The offer, in this case, was pretty straightforward: Let's create the most retweeted tweet ever. Ellen stated a very specific message and repeated it multiple times for clarity to the audience. The offer here is allowing the audience to feel like they are taking part in an endeavor with celebrities. That's a pretty enticing offer. Direct marketers know that having a carefully crafted offer impacts the response rate with your audience.

2.) Know the target audience.
For over a decade, the Academy Committee has been trying to draw in a younger viewer demographic. By issuing a challenge through Twitter, they targeted the ever coveted 18-29 year old (Millenial) demographic. Part of what makes direct marketing so successful is knowing who your target audience is.

3.) Have a clear call-to-action.
The call-to-action in this case was simple: login to Twitter and retweet the post. Twitter is easily accessible from any smartphone, tablet or desktop computer. Once online, all one has to do is hit the retweet icon. In direct marketing, having a clear call-to-action with multiple ways to respond is paramount to a successful campaign.

4.) Increase response with incentive.
To create the most retweeted tweet ever is no small endeavor. In direct marketing, incentives are used to create a sense of urgency, in order to increase response. Posing this challenge in the middle of a live broadcast creates an incentive for the audience to act immediately, in order to see the results before the end of the show. It's like creating a built in "offer ends soon."

5.) Measure the results.
Measuring results is key in direct marketing. After all if you don't have results, how can you rank your success? In this situation, it was easy to see the results of the campaign. Twitter actually shut down, due to the volume of response from the audience. Once the smoke cleared, the numbers showed that over 1.3 million people retweeted the now infamous selfie. That's almost double the amount of retweets that President Obama's 2012 election victory tweet received. I think it's safe to say that Ellen's campaign was a success.

Published by Justin Herren in This just in
Tags: Direct marketing, Millenials, Twitter